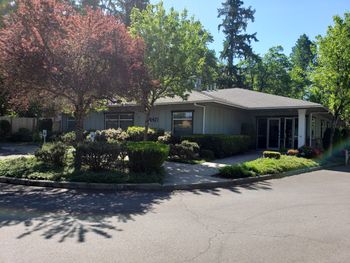 The Kent Education Association was established in 1961 in the basement of Doug and Madeline Garland.  Madeline retired from KEA in 2013. The first work was organizing membership, including a monthly print newsletter, “The Kent Reporter.” The first KEA contract was bargained in 1975-76. At that time there were just 10 schools in the Kent School District.

KSD now covers 76 square miles. Kent schools have addresses in Kent, Renton, Auburn, Black Diamond, Covington, and Federal Way. There are 41 schools in the district and students come from homes that speak over 139 different languages. Kent-Meridian High School is considered the most diverse high school in the state.

Early on, KEA started a reserve account to purchase and build an office. The KEA Building is centrally located on East Hill and has now served members for more than 15 years.

KEA elects officers every two years, including a president, vice president and secretary-treasurer. The Executive Board also includes the WEA Board Director and four at-large board members who are elected annually. The WEA PAC chair and KEA Retired Chair attend Exec Board meetings. Associations Representatives are elected at the building level with one rep for every 25 members. Specialists groups may also elect a representative. The Rep Council meets once a month. Governance and Staff collaborate to advocate for members and plan organizing events and activities as well as political action.